So after looking around the net to see if someone else has had to deal with this challenge, a colleague forwarded on this link to me by Michael J. Williams. The context of this link was pure XSLT with nothing BizTalk related in it.

So I figured that I would create a post that would show you how you can do something similiar, but how you would accomplish this inside of BizTalk.

So to further illustrate what my inbound message looks like, here is an example: 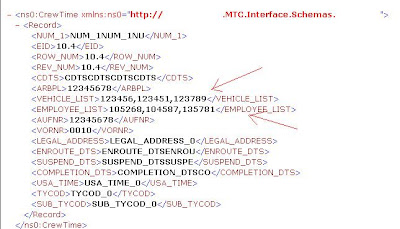 For both VEHICLE_LIST and EMPLOYEE_LIST I am expecting a list of values separated by commas within one element.

However, the destination system is expecting them in their own element as shown below: 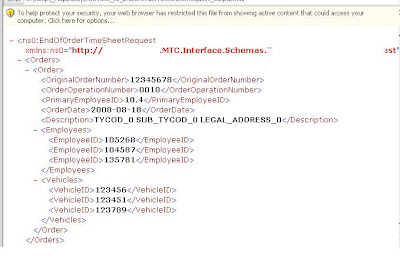 So inorder to solve this problem I am going to use a standard BizTalk Map and use the scripting functoid. 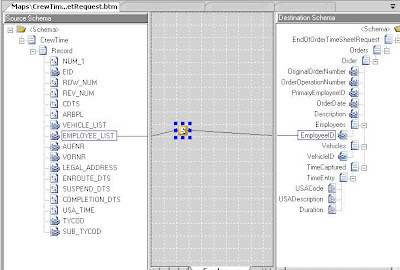 Within the Scripting Functoid I am going to call an "Inline XSLT Template". 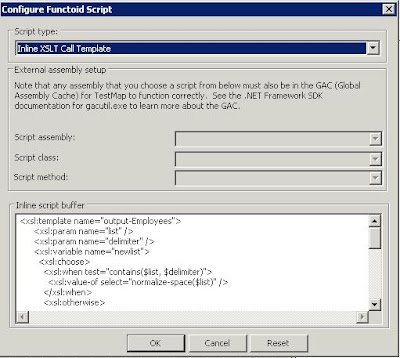 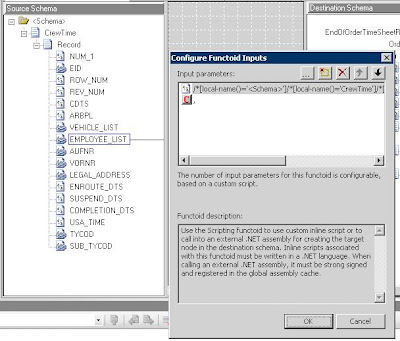 Here is the code listing that I have used and is based upon Michael's post. I have made a few modifications including:

Posted by Kent Weare at 9:29 PM No comments: